Most teenagers get their drivers license as soon as it is legal for them to do so. With parents who worry about their children driving, they must realize that it is not a ‘requirement’ but a privilege to allow them the honor of driving. Most teens do not understand this and honestly, there are a lot of parents who don’t either. 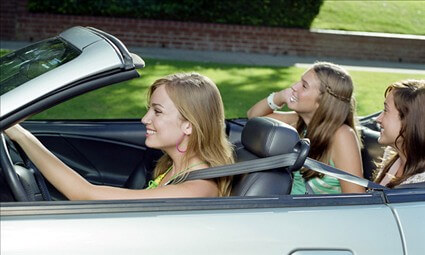 Along with the freedom of driving comes adult responsibilities.

A lot of single parents deal with the issues of their teens being required to drive to get to and from school or a temporary job. When the parent works, they may even have to take and pick up a younger sibling and transport them to and from school. It’s a balance the parent and the teen driver have to learn to deal with.

Some parents question how they should go about teaching their children how to drive responsibly and how to get started. It is recommended that the parent start planning to get the child a learner’s permit as soon as they are old enough. This raises the next question on if they should go to a driving school to learn or if the parents should teach them themselves. Either way, all states require a set number or learning hours. In Brisbane the required number is 100 hours of training to gain a permit.

Are there set rules for when the child has a learner permit? Yes, all states have restrictions the first year the teen is driving under a probationary license. In most cases, the number of passengers they are allowed in the car is limited and the use of cell phones are prohibited.

The added advantage of a driving school like My Driving School in Brisbane is that it could help to reduce rates on car insurance. Insurance companies actually prefer teens to be taught by professionals through a driving school rather than by their parent. Although insurance may increase now that they have a teenage driver, it will not be as high as it could be if they were not professionally taught.

Once the teen has their permit, some parents worry excessively. They are at a loss when it comes to dealing with their teens driving. The moment they start, the parent’s lives turn into a living nightmare of worrying if their child is okay or not. Are they doing the right thing? Have they been in an accident?

When dealing with a young driver communication is a key factor. There should be rules set in place before they teen even begins driving and they need to understand there are consequences for breaking the rules. As a parent, allowing joy rides is opening the door to mistakes and accidents. Knowing where they are going and what times they will get there and get back home will help to alleviate some of your stress. It won’t take it away, but it should help.

Use keys to the car as leverage. If they do not obey the rules, you keep the keys. The problems most parents run in to be it’s so much easier to toss them the keys and have them go to the store for you. So in a sense, you are grounding yourself when they get in trouble too. As a parent, you have to stick by your rules when it comes to allowing your teen to drive. If you don’t then they will never follow rules either and this could end in disaster.

Mark Long being a legendary author with young drivers questions their abilities to drive with so many distractions. He enjoys writing and sharing his experiences with driving school and how drivers learn with driving schools in Brisbane.