In a bid to curb the high risk incidents related to distracted driving, “Texting Zones” was introduced months ago. In the same manner that rest stops give road-weary, long-distance drivers a rest from the road, these zones encourage heavy mobile users to pull over at the spots to do their smartphone business. From this, does the idea have the potential to serve its purpose? Can the neighboring countries and other continents abide with the trend? 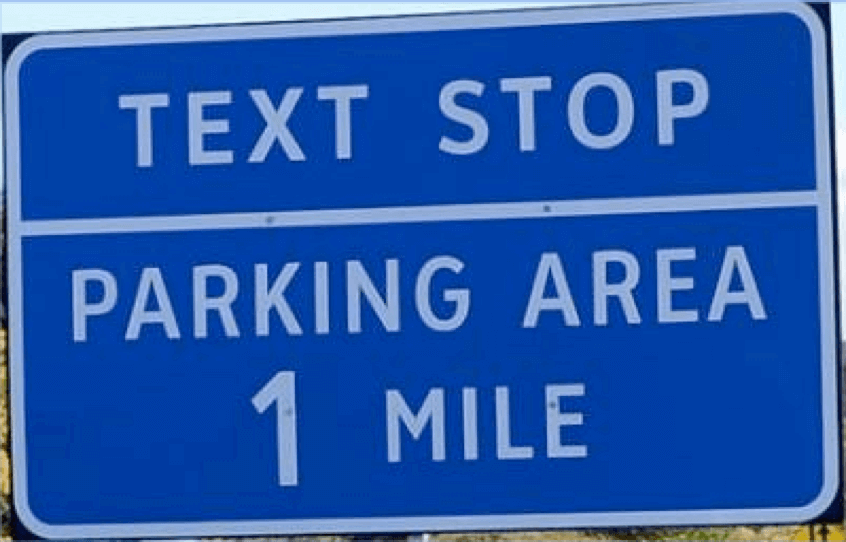 In recent years, there have been technological efforts to minimize smartphone-related incidents. Ironic as it may seem, mobile service providers are the ones leading the fight against distracted driving. While these texting zones allow you to pull off the road and send text messages while your vehicle is parked, O2 in the United Kingdom initiates the use of Voicemail 901, allowing motorists to listen to their messages until they are safely parked. The telecommunications giant conducted a 2013 survey in which 80% agreed that the police should perform more “spot checks” for drivers using cell phones.

From rest stops to texting zones

In a continuous aim to prevent distracted driving, New York government has converted some existing rest stops into texting zones. Aside from these, the conversion has also amassed Park-n-Ride facilities, giving a total of 91 locations. Similar to an expressway, these stopovers are alerted by 298 signages, which are strategically distributed along the highway. The conversion not only targets reckless driving, but also not to give drivers an excuse to take their hands off the wheel and eyes off the road while texting, for there are enough texting zones.

To be dubbed as the “solution”, law enforcers need better legislation and new tactics. While this measure gives dangerous drivers a compromise, New York has recently increased the fine for their texting offenses. According to the New York Department of Motor Vehicles, first offenders will be charged $50-$150, and $200 and $400 for the second and third offense, respectively. However, a post from Informationweek challenged the very idea of the measure, saying that there is no need to designate “zones” for motorists who can’t obey the law. Moreover, the argumentative article said that local legislations must also target the new breed of drivers, including cyclists, motor scooter drivers, and skateboarders.

Conflict with Advocacy groups and Pedestrians

Personal injury lawyers Levy, Baldante, Finney, Rubenstein, Cohen & Chizmar, P.C. quoted critics that said creation of texting zones may undermine the purpose of safety advocacy groups, which promote educational projects to help motorists put their texting into perspective. The same article also said that NY texting zones may not be that beneficial, since drivers share the road with pedestrians. These normal walkers and cyclists are as important as the drivers, since they get involved in accidents made by reckless motorists.

According to Eric Jaffe on “The Atlantic Cities”, drivers will most likely be the first to break this law. This was clearly illustrated in a PLOS ONE experiment earlier this year, revealing that motorists using their handsets in the car, behaved poorly on the multitasking test. The irony is that people who are supposed to realize the “It Can Wait” sign think that they are intended for other drivers.

The bottom line here is that “texting zones”, despite the flaws, is a good strategy to minimize road accidents, if not encourage motorists to veer away from texting while driving. All it takes is a smart driver to fully understand the consequences of his actions, before everything goes out of control. Do you see this measure being absorbed by other states and countries?

With his interest in politics and policy-making, Kyle Albert is an advocate of safe driving. Occasionally, he gives road safety seminars to teenagers, using sustainability driving initiatives from O2 and Driving Skills For Life. Follow him on twitter @KyleAlbert9